The latest news about Doc Dixon. While most of his shows are private events, this page will give you a heads up on his public appearances.

Happy New Year Everybody! As of early January, the first third of 2020 has me performing in Georgia, Pennsylvania, Ohio, South Carolina, Arizona — with more dates and states sure to be added — in a variety of different venues with mix of return clients and several new. No public shows to give you a heads up on, but still a super busy calendar.

Well, I finally was able to announce what happened in March 2019. I went to Las Vegas to shoot a performance for Penn & Teller: Fool Us. This shows hosts magicians from around the world who try to fool magic legends, Penn & Teller. Did I fool them?
Tune in to The CW September 9 to see!

October has me returning for 4 weekends to America’s #1 Traditional Amusement Park, Kennywood Park for the EIGHTH year in a row for Phantom Fright Nights and Happy Hauntings. Then returning to the park after Thanksgiving for the Holiday Lights celebration!
And I’m fitting in dozens of corporate & private event shows during these 5 months, too!

April puts me back in Arizona for a week for the 6th consecutive year for a great corporate client, presenting customer connection events and performing at their annual meeting. May, June busy with several corporate and private events in Georgia. July starts with 2 weeks at America’s #1 Traditional Amusement Park, Kennywood Park.

2018 ended with fun filled performances at Carlisle’s First Night — third year in a row! Late January has me performing for a repeat corporate client in Florida. February and March include several shows for corporate clients in beautiful  South Carolina.

September has me entertaining near our home in Georgia, plus a week on the road in Oklahoma entertaining for a great new corporate client. October? It’s time to get my scary on  with the return of my Fright Nights Show at Kennywood Park. The end of November and through December my  SECRETS OF SANTA REVEALED! Show returns to Kennywood Park’s wonderful Holiday Lights Event.

Beginning with the Celebrate America event, I return to America’s Number One Traditional Amusement Park, Kennywood Park, for another summer of sleight of hand amazement.

I’m in Arizona🌵 for a week helping a corporate client get their message across to their customers. Then an appearance at the Mohegan Sun Casino in Connecticut, followed by an unusual guest appearance of music and magic with the Washington Symphony Orchestra.  Add in several private events, a fundraiser show and it makes for a busy spring.

January, February & March I’m busy with local events along with two week long trips to South Carolina for a longtime corporate client — and several visits to my favorite barbecue joints!

September is always busy, both with shows and with preparations for Fright Nights and Happy Hauntings at Kennywood Park. November stays busy with several fundraising shows for great causes, corporate events and kicks into high gear the day after Thanksgiving with a return to Holiday Lights at Kennywood. Then finishing out 2017 and beginning 2018 with a return performance  at First Night Carlisle in Carlisle, PA

Ahhhh …summer! Returning to Kennywood Park for the fourth year with sleight of hand magic & comedy for the Celebrate America event, June 29 through July 4, followed by  Fridays, Saturdays and Sundays 2pm to 5pm, at the park until Labor Day.
Also, several shows on the road from Tennessee to Michigan.

2016 ended with a BANG! with performing at First Night Carlisle! Check out my TV appearance on Good Day PA promoting the event. 2017 starts with several private and corporate events, several weeks for a wonderful client in South Carolina (Helloooooo, Barbecue!) plus several notable public events including:

Thursday night, February 2 I appear on the CBS-TV on The Late, Late Show with James Corden in the Bar Tricks segment. Read my blog for all the details. 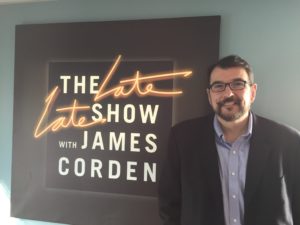 Friday, February 17 “Magic & More For A Cure” A fundraiser performance for Juvenile Diabetes Research Fund. The show is at University of Pittsburgh in Greensburg. Tickets and details are available here. 100% of proceeds go to JDRF.

Saturday, February 18 My third appearance at the annual Norwin Father Daughter Dance.  Sentimental guy that I am, it’s always a joy for me to see the proud dads with their wonderful daughters. This event is always a sellout and I’m honored to be invited back.

Late February and early March have me in South Carolina for an extended tour for a corporate client. During this trip I’ll manage to sample local cuisine on a near daily basis. Can you spell B-A-R-B-E-C-U-E? ☺

April a week with a great client in Arizona, all the while sampling delicious local grub and maybe a visit to Tombstone!

September keeps me home entertaining at a dozen local events — a welcome change from the usual travel when you’re a father of 7 like me. October? It’s time to get my scary on  with the return of my Fright Nights Show at Kennywood Park. The end of November and through December my new SECRETS OF SANTA REVEALED! Show comes to Kennywood Parks wonderful Holiday Lights Event. 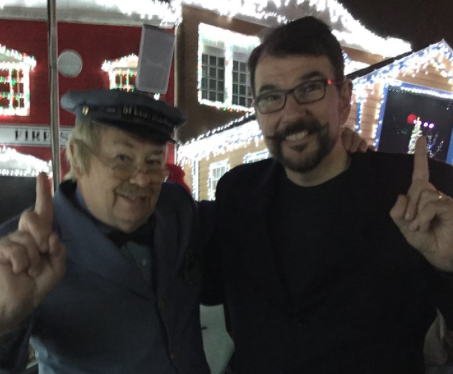 If I had a time machine, the 6 year old Doc Dixon would be stoked to know that the current day Doc Dixon just did a show with Mr. McFeely from Mr. Roger’s Neighborhood.

The year ends with performances at First Night Carlisle in Carlisle, PA

Gasp! Scream! Laugh! See my close-up sleight of hand magic as I return for the third summer to Kennywood Park Fridays, Saturdays and Sundays 2-6pm through Labor Day on the Doc Dixon Magic Stage across from the pagoda.

A week in Arizona, a show in Sacramento and a busy calendar of local shows make the spring great.

Casino shows, then 4 days in Vegas, three weeks in Cancun, followed by three weeks performing for a corporate client in South Carolina. 2016 is starting with a BANG! Join the fun and get your group on my calendar. Contact me here.

September is busy with two weeks in Kansas and speaking at a teacher’s convention in Austin, Texas. October is all over the map with weekends at Fright Nights at  Kennywood Park. I get to recharge the batteries in November to prepare for a PACKED holiday party season, including 36 Holiday Lights performances at Kennywood Park.

Along with a busy schedule of shows in my home state of Pennsylvania, I’ll be performing in Florida, Texas, Georgia, California, Arizona and Virginia — and that’s just April. May has me busy with shows near home and an extended run of resorts near Cancun, Mexico. The end of June begins my return to America’s Favorite Traditional Amusement Park, Kennywood Park. 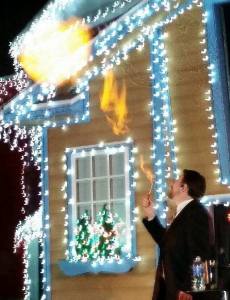 Along with several corporate shows and three fundraiser benefits,  on November 6-8 I’m headlining at the FunnyFarm Comedy Club near Youngstown, OH. Then starting November 28 through December 21, I’m returning with 3 shows every Friday, Saturday and Sunday night to Kennywood Park’s Holiday Lights.

September has me performing in corporate events in Texas, California, Michigan, Arizona, Reno and Las Vegas, as well as a very special online sleight of hand seminar for the world’s largest magic distributer, Murphy’s Magic Supplies (see below)

I’ll be performing at corporate events, resorts,  and schools in Pennsylvania, Arizona, Ohio, Illinois, Connecticut, California, Texas and Virginia. Here are the current shows open to the public.

Doc takes a break from the usual run of comedy clubs and corporate events and gets his Yuletide Family Mojo workin’. 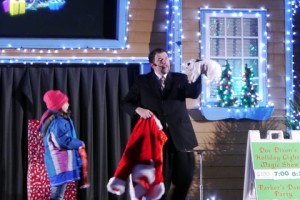 From Holiday Lights Show at Kennywood Park: The young girl inspected Santa’s jacket and confirmed it didn’t have any gifts hidden inside it. Apparently she missed the rabbit! (Photo credit: Barbara Flynn)

November 2013:
After an October that takes him from Maryland to Las Vegas, in November …

Doc headlines at The FunnyFarm in Youngstown, OH November 29 & 30.

Doc RETURNS to the Arcade Comedy Theater September 20.
Make your reservations for the 8pm or 10pm show. 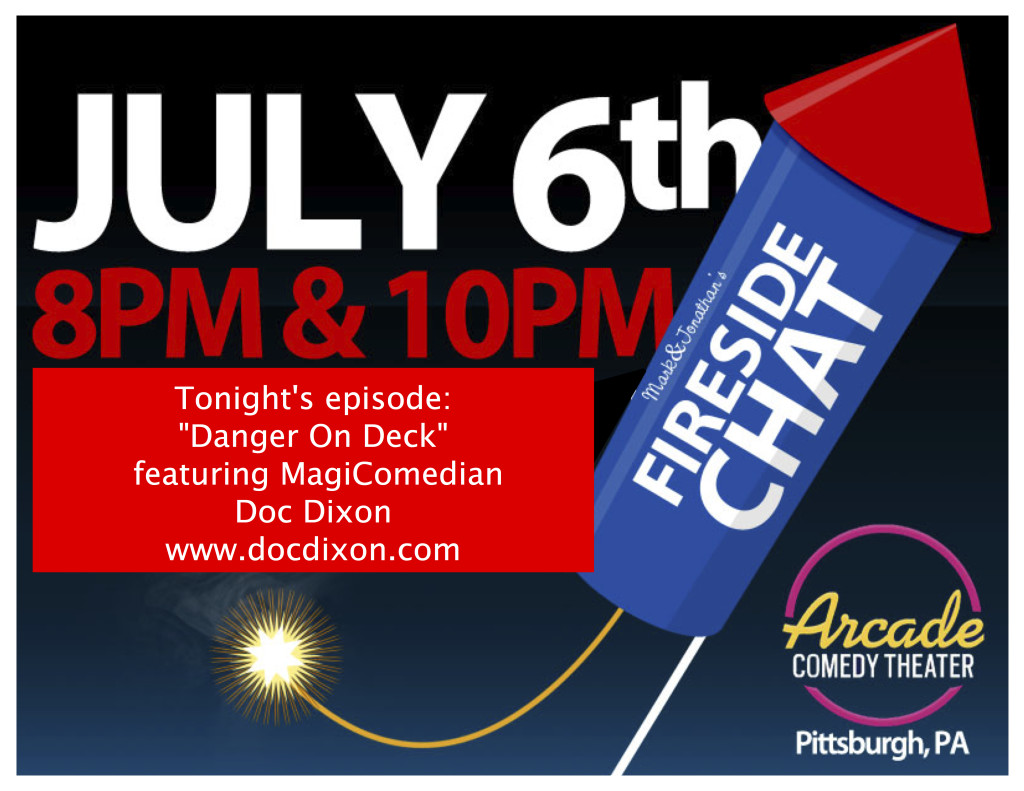