How I Fooled Penn, Teller & Myself: LIVE At The Rio Casino

If you haven’t read the previous three Fool Us posts, go to parts one, two, and three.

Sunday afternoon, September 22, I went to the Penn & Teller theater to run through my routine for the tech crew. As I’ve mentioned in the previous posts, the professionalism, enthusiasm and kindness I experienced with the TV team in March continued with the Penn & Teller stage team in September. I worked with dozens of team members and every single one during every single interaction was wonderful to work with.

After the tech rehearsal I had dinner with my wife, Bethany and close family friend, Joe Curcillo. At 9 pm we sat down to watch the Penn & Teller show, knowing in 90 minutes I’d be joining them onstage to do my Fool Us guest spot.

“Now we have such a treat for you. We have one of our Foolers, and there’s not many of them over the six years that have fooled us. And a lot of people that have fooled us do it with some sort of new technique …a lot of times it’s electronics or something like that.
But for someone to come out and fool us with one of the oldest tricks in magic and with just pretty much technique that’s so good we couldn’t follow it, I think he is the only one that’s ever done that and you’re about to be blown away with a classic of magic.
Ladies and gentleman, Doc Dixon!”

Because I was backstage waiting to perform, I wasn’t able to attentively listen to the introduction until after the show. When I did finally hear it, it was heartwarming and validating. My approach to magic, and for that matter much of life, is Old School. I’m not a luddite, but I am resistant to fads. I like gadgets as much as the next guy (or magician), but gadgets break. My hands have rarely failed me.

In magic terms, I love performing the classics. There’s no greater illustration of that than my Fool Us performance. I did the shell game, a “game” that literally goes back to ancient Greece. For the past hundred years most magicians have ended it the same way: the pea is covered with a shell and shot glass and the pea ends up in one of the other shells. A few years back I said to myself, “No. That’s good, but I have to do better.”

The first step was figuring out what that “better” would look like. Eventually I decided to have the pea initialed and end up in a pristine walnut which, by the way, is also another very Old School bit of magic — having a signed object disappear from one place and appear in another.

After I created that ending figuring out how to do it was easy. By “easy” I mean multiple prototypes, failures, and adjustments, hundreds of hours of work, hundreds of dollars, and pounds & pounds of walnuts — but it was gloriously fun, A.K.A. easy, because I had that goal in mine and I knew I was going to get there.

And I got there.
And after Penn Jillette’s introduction I was sharing it on stage at the Penn & Teller theater.

I performed my shell game routine, this time with two members of the audience taking the place of Penn & Teller. Afterwards I was awarded my Fool Us trophy on stage. Penn & Teller went out to greet their fans as they have done for virtually every show for the past 40+ years.

The Monkey Room is just that. A room with a monkey theme. It’s where Penn & Teller hang out with their guests after the show. Google Penn & Teller Monkey room to learn more and see pics. A very cool room indeed, but I like monkeys, so I may be biased in this regard.

In addition to my wife and Joe Curcillo, some of the other guests were thrash metal legend from Slayer, Kerry King and his wife. Fun people. A pleasant way to pass an hour.

The next day I FedExed my trophy back home to Georgia. It arrived Friday, September 27. I could tell she missed me. I call her Foolie. (Don’t judge me.)

And that wraps up this adventure. Ready & eager for the next one and armed with the lessons learned from this one.

Thank you to all who took time out of their busy lives to share this adventure with me through their well wishes & congratulations.

Thank you to my audiences & clients who are a big part of every magic trick I do, not only the one with the 3 shells & a cork pea.
Can’t wait to show you my new magic.

AND THANK YOU TO PENN & TELLER. 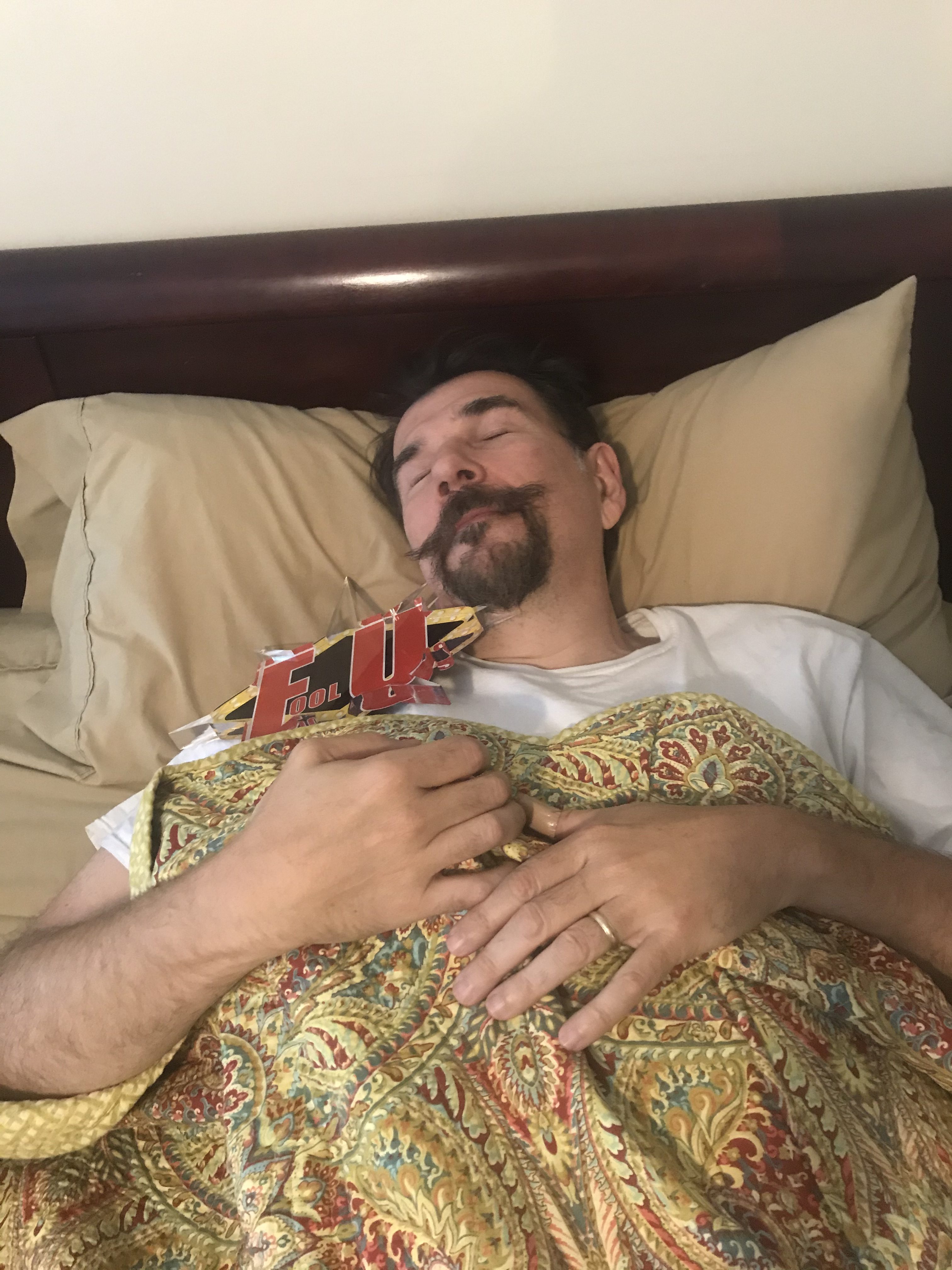